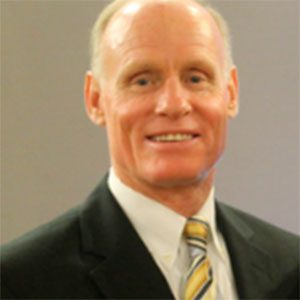 Since 1977, Tommy Marshall, CMAA, has distinguished himself as one of Georgia’s most accomplished leaders in interscholastic athletics. Marshall started his coaching career at Redan High School as a Defensive Coordinator. In 1979, Redan won the State Championship and Marshall was cited for his outstanding contribution by being named the Head Football Coach at Walton High School in 1980. During his tenure at Walton, Marshall was named Cobb County Coach of the Year in 1981, 1982, and 1983.

In 1985, Marshall joined the collegiate ranks as an assistant coach at Mars Hill College and ultimately at his Alma Mater, Furman University. At Furman, Marshall coached defensive ends/specialists and special. During his time at Furman, Marshall began his career in athletic administration. He served as an Assistant Athletic Director in 1994-1995 and as the Associate Director of the Paladin Club in 1995-1996.

On May 1, 1996, Tommy Marshall joined the staff at the Marist School as the Director of Athletics. Under Marshall’s leadership, Sports Illustrated Magazine named Marist as the #15 ranked high school athletic program in America. Marist has also been the recipient of the GADA Director’s Cup for Best Overall Athletic Program for 14 consecutive years.

As an Athletic Administrator, Marshall has been a leader at both the State and National levels. At the State level, Marshall has served on the GADA Board of Directors for 12 years. He has served as the Chairman of both the publications committee as well as the awards committee. On the National level, Marshall was elected by the national membership to serve as an at-large member on the Board of Directors for the National Interscholastic Athletic Administrators Association (NIAAA). Currently, he serves as the liaison from Georgia and is the CAA Test Administrator.

Tommy and his wife, Dana, have two children, Stacy (Phillip) and Danny (Angela). They also have four grandchildren, Kinsley, Carter, Maggie, and Holley.