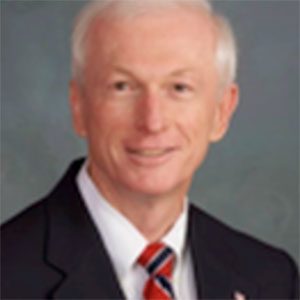 During more than 32 years in education, Dr. Charles Webb, CMAA served as a teacher, coach, department chair, athletic director, assistant principal, principal, central office administrator, and superintendent before retiring in 2008. He served as an athletic administrator for 27 years.

Dr. Webb earned four degrees from Georgia Southern University, including the Doctor of Education degree (Ed.D.) in Education Administration. He also graduated from the U.S. Army War College and retired as a Brigadier General in the Army of the United States in 2000 after more than 32 years of military service.

As Director of Athletics for the Bulloch County School System from 1999-2003, Webb was instrumental in creating a master plan for athletics. He also served as Title IX Coordinator and established a local advisory committee to improve sports opportunities for girls.

The military career of General Webb is equally impressive. His service record includes four overseas assignments to Kuwait, Egypt, Norway and the former Soviet Republic of Georgia. King Harold V of Norway cited him for exemplary command leadership during NATO winter exercises in 1996.

Dr. Webb is a Retired Lifetime Member of the NIAAA and belongs to several military and veteran’s organizations, as well as national and state professional associations. He received the Ashe-Stuckey Leadership in Government award in 2004 for public service and leadership in gender equity initiative in Georgia.