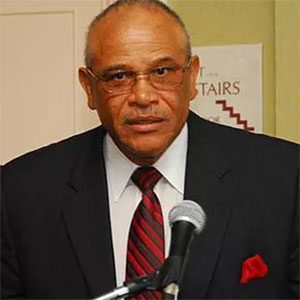 For almost a half of a century, Alvin Copeland served as a coach, a physical education department chairperson, and as an athletic director. During this time, he worked tirelessly to serve others. His commitment to excellence was constantly displayed in the classroom, on the athletic fields, and in the community. He expected the best from those around him and more often than not, he received it.

As an athletic administrator, Copeland made major contributions to the overall quality of life for the student-athletes in the Bibb County/ Macon area. Some of the career accomplishments included: working with the school district to build new athletic facilities and to upgrade some of the older facilities, working with school district in building a football stadium with an all-weather track, increasing interscholastic activities for boys and girls from eight to sixteen teams, and building a physical fitness/cross country course on the campus of Northeast High School.

During his storied career, Copeland had several defining moments as an athletic administrator. Being named as the National High School Coach of the Year by the Black Athletic Coaches Association in 2004 in Indianapolis was one such moment.

Another defining moment in the career of Copeland was the naming of the gymnasium at Northeast High School in his honor by students, teachers, administrators, and members of the Macon community.